Happy new year everyone! If you remember where we left off last time, Annabelle surprised us with an oops baby, the family got ugly, Brooke became a young adult, and we ended on an heir poll!

So let’s find out who won!! Bridget is the winner! And she looks SUPER excited about that lol

Here’s how the votes stacked up:

As you can see, Bridget dominated the vote. I knew within three days that she was gonna win. I was a little surprised to see that the Unborn Baby managed to get 9 votes even though we have no idea what he looks like lol. And then there’s Brooke who didn’t get a single vote lol 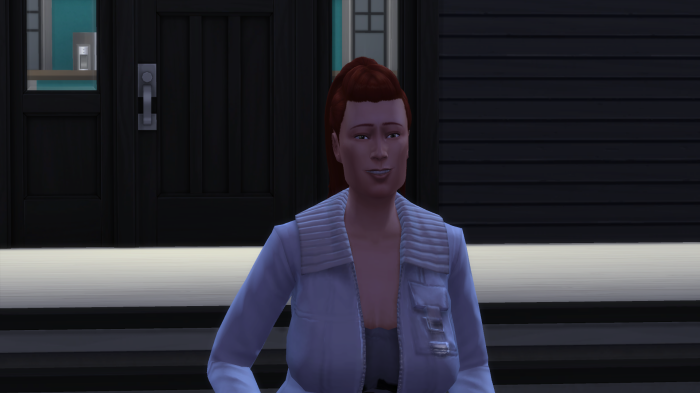 And with the vote over and Brooke obviously not the winner, we could kick her out. See ya later! Have lots of ugly babies for me! So we headed off to Forgotten Hollow to find Vlad. c

Who apparently has a toddler

And they already have a negative relationship. Great, now we have an uphill battle lol

Well, after a really rough night and only making their relationship worse, I called it a night. We were getting no where. I’ll have to find Lilith or Caleb… 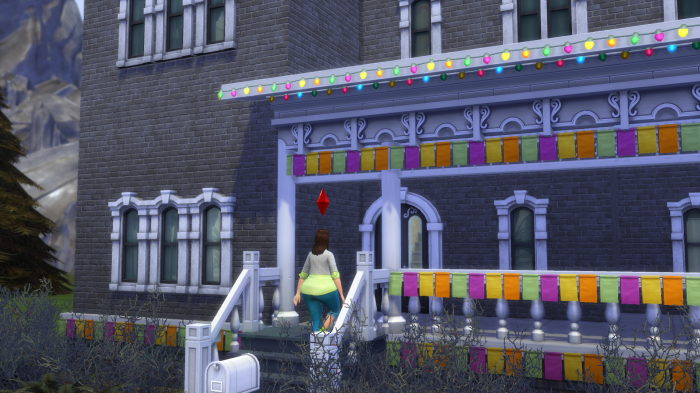 The next day, we headed over to Caleb’s place in the hopes that things go better.

Plus we’re waiting for the plasma fruit, garlic, and wolfsbane to spawn so we can have the ingredients for the cure when we need it lol Caleb was MUCH more receptive to us. I knew we should have gone to him first lol

Now that that’s done, we’re just waiting for the ingredients.

While waiting for our plants to sprout, Bridget managed to get to level 2 of the research and debate skill… lol I started to miss the fam, so I invited them over so that they could join in on the fun!

…It’s not fun. I’m really bored waiting for them to grow fruit.

Ummmm… What? It looks like Adrian is expecting an oops baby as well. Damn

Finally all the fruit grew, so we could FINALLY go home.

Got home and we planted everything right away

I thought about building a green house, but they stay in season all year so I’m not gonna worry about it. Plus with how often it rains in Brindleton Bay, they’ll stay watered if they’re not covered.

Since the pregnancy gave Annabelle a couple more days of life we used it to keep upgrading the house. Maybe we’ll have everything upgraded before she dies! Fuck me man… I walked away from my computer for 30 seconds to grab a bottle of water and I missed Bridget’s transformation into a vampire. I am a terrible watcher lol And this is her dark form. In case anyone wanted to see it lol

Annabelle is showing off the new items in all the kids bedrooms. Each room now has a desk (designed for homework use, but I doubt it’ll ever get used since they like to do it on a bed.) and one that will eventually have a computer on it. We just didn’t have enough to 5 more computers lol

Especially since I want the unbreakable ones hahaha I thought these plants had died at first. I was so mad lol, then I switched control to Annabelle and the green clouds went away. That’s when I realized that the green clouds were only there when Bridget was selected! It’s obviously a vampire thing since those are our garlic plants hahahaha

This just shows you how often I play with vampires lol Well MCCC didn’t lie and it was a single boy who we named Bryce. And he’s gonna be around for a reallllllyyyyy long time. *sigh* As the heir, I thought it would be nice to try and get Bridget into shape before her reign begins. And since she doesn’t have to sleep anymore, she’ll be spending a lot of time here.

We aged Annabelle up as SOON as her age bar started bubbling. She was already at 0 when she got pregnant, so we only had to wait a couple hours after Bryce was born.

I about DIED when I got the pop up to select a branch for Victor! It finally happened! We got to level 8! 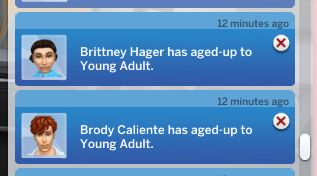 I almost missed this! We almost had a disaster!

So we’re off on an adventure! Nice of Brody to spawn for me outside so I don’t have to knock on the door.

Brittney scared me a little since she wasn’t home when I went to her house. But thankfully I stayed a while because apparently she has a job, so I just had to wait for her to get back.

Bridget has really slimmed down! Lookin’ Good! Should we redo the heir poll?

We apparently we had a Unique EA Sim.

Look at little Bryce! He’s a little cutie! So far, I’m glad he didn’t win the heir poll. But most toddlers are cute, so ya never know. 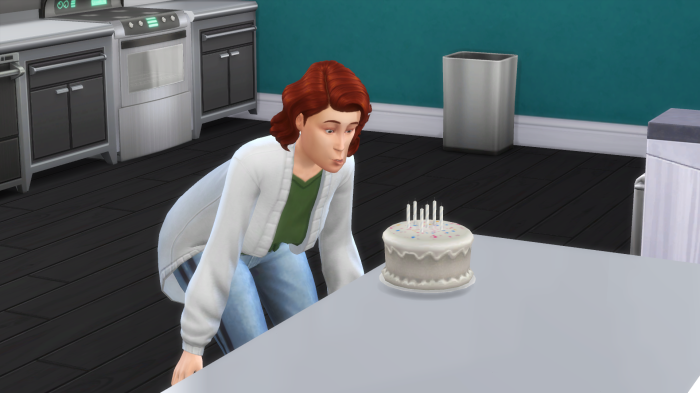 And it was finally Brandy’s birthday! And we kicked her out! Adios!

Well, this chapter is getting pretty long, so I’m gonna end it here. Bridget has 8 days left before she officially takes over as heir. So I’m going to try and squeeze all that out in the next chapter. So join us next time for hopefully the end of Generation A! 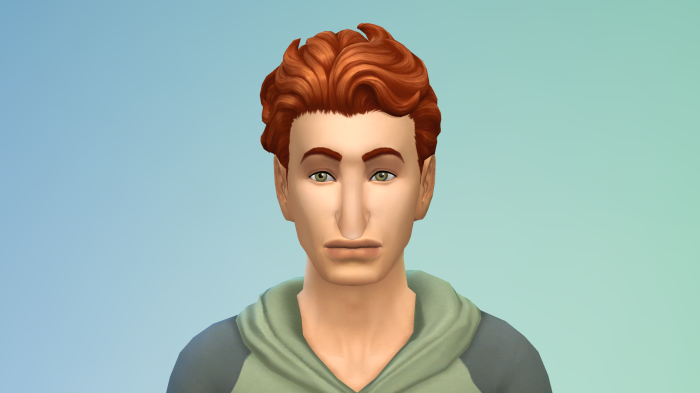 This is Brad Caliente. Abigail and Roderick’s middle kid. 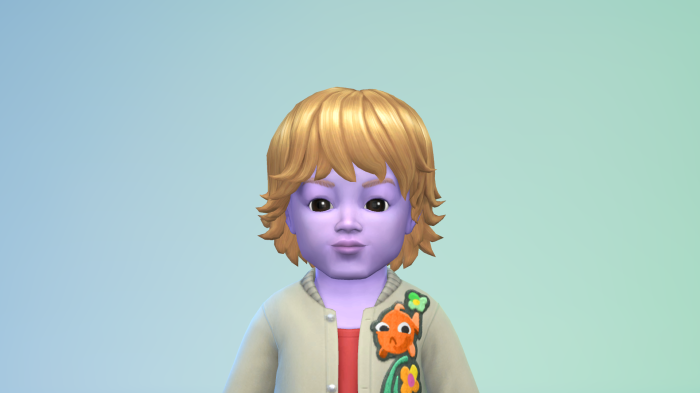 And this is Benji Huckle. Adrian and Melissa’s son.

This is Bryn Huckle. Aaron and Yasmin’s youngest daughter. 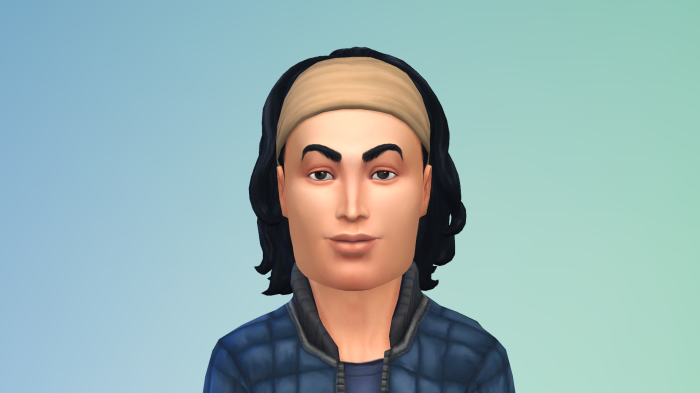 THIS is Bertram Huckle. He gets a special full body shot because his body proportions are HILARIOUS. Anyway, he’s the spawn of Bobblehead and Anika.