Why hello! And welcome back! …I know… It’s been a really long time. September was SimNaNoWriMo and then I took october off of simming. And I did manage a couple of updates on my other stories in November… But PlanetZoo took over as well as PlanetZoo let’s plays… But we’re back now! (for however long this binge lasts lol)

And we begin this chapter off Annabelle heading off to work. And just to remind me where she’s at with her career, she’s at level 9 and just needs one more skill point for both writing and gourmet cooking.

Meanwhile, Victor is in an even worse spot than Bertha was as an elder. He’s only at level 6 of the astronaut career. He only works 3 days a week and now that he’s old, we need to be careful with his fitness training…

I think a youth potion is going to be in order for this guy. *sigh*

Brandy had an accident… Dummy 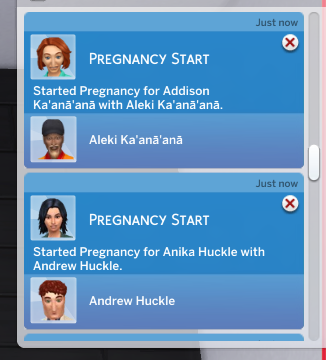 Addison and Bobblehead are both expecting babies.

Weird to think that Generation A is still having babies even though Aaron died. Such dedication! Going to work on Winterfest!

Actually he’s mad because I made him go, lol. Too bad.

Annabelle decided to watch some TV, but obviously thought that there wasn’t enough available seating… 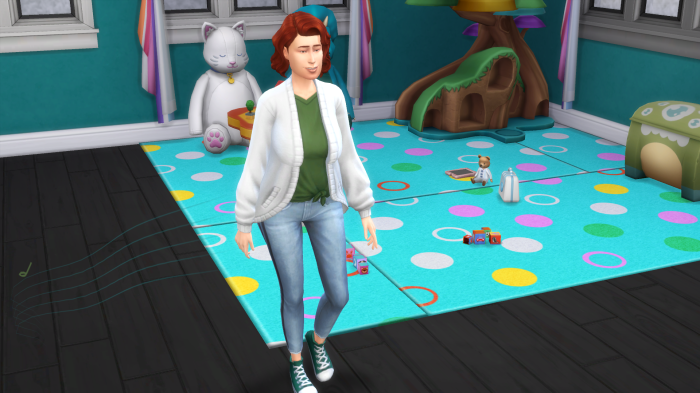 Brandy had a birthday and I forgot about it. Whoops… 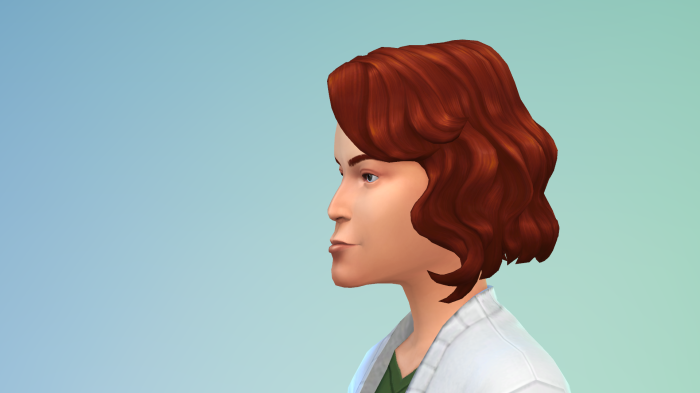 And here she is in CAS. Her face to neck ratio reminds be a LOT of bobblehead.

And her profile is amazing lol 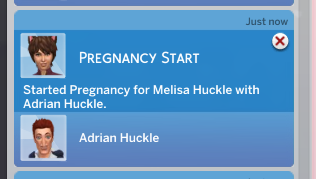 Adrian and Melisa are expecting again!

One of the skills I want Annabelle to complete before she dies is Handiness. So she’s currently running around the house upgrading stuff.

HA! No way is Brooke going to college! (Mainly because I don’t wanna deal with it at the moment and she doesn’t have the aspiration for it lol)

VICTOR GOT A PROMOTION! I’M DEAD!

That still only puts him at level 7… but hey, it’s forward progress.

Bubba Jay broke both our shower and our sink, but then felt bad and started mopping it up.

Too bad he didn’t just FIX the damn things. But I guess that’s okay. That way Annabelle gets some extra practice. Look at his cute derpy self!

Here he is in CAS. He’s not completely ugly. Which is unfortunate. And since this is an ugly heir generation, I don’t think he’s going to qualify. Victory for Victor! (Sorry, I couldn’t help myself lol) He completed the frog collection! 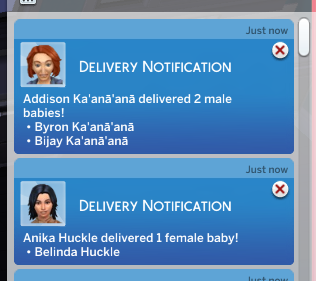 New kiddos have arrived! Addison had twin boys, Byron and Bijay. And Bobblehead’s wife had a baby girl named Belinda!

Off to, what is hopefully, our last trip to the restaurant for a while. We need seven more pictures to complete the experimental food photos and we only have six family members. So we’ll see if we can manage to get them all while we’re here. And success! Another collection complete! Since most of these were taken by Annabelle, she gets the credit. So that makes three collections completed by Annabelle!

Victor hides out in the currently unused toddler room to do some studying.

Adrian and his wife had their baby! It’s a boy named Benji!

He did it! He managed to max the fitness skill without dying! I’m so proud!

He’s still level 7 of his career though… In case you can’t tell, our electronics have seen better days… lol Annabelle still hasn’t gotten her last promotion. She’s been on level 9 the whole chapter. And it’s making me mad, so I’m gonna end this one here. Toodles!

This is Bryn Huckle. Aaron and Yasmin’s youngest. 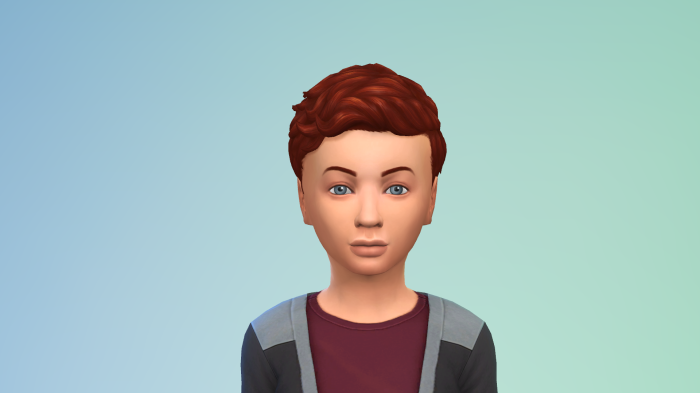 Here’s Brenden Huckle. Adrian and Melisa’s son. Now Melisa’s and alien and I’m not exactly sure when it’s supposed to tell me if Brenden is a hybrid or not. It doesn’t say anything in CAS that he’s an alien, so I’m just assuming that he’s human?

This is Bobblehead and Anika’s middle kiddo, Brogan Huckle. She’s really cute! But she for SURE is getting old Bertha’s nose lol